If you haven’t checked out The Wall Street Journal’s most recent article on emojis, we highly recommend that you do. It’s a stylish and well-designed featurette that contains some fascinating emoji folklore and statistics for you to indulge in. Did you know that there are 845 useable emoji? Of those 845, 75 are animals and 59 food and drink emojis. Want to know what some of the highest ranking emoji faces are? Or perhaps where the “poop” emoji ranks? Then definitely give this article a look.

One of the more interesting bits was the brief emoji history lesson provided by the WSJ. According to the article, emojis began on Japanese cell phones, with each cell phone company producing different emojis in order to attract customers. This may sound silly at first, but emojis were a huge draw for consumers. The only reason Apple adopted emojis for the iPhone was because Japanese users complained about the lack thereof. 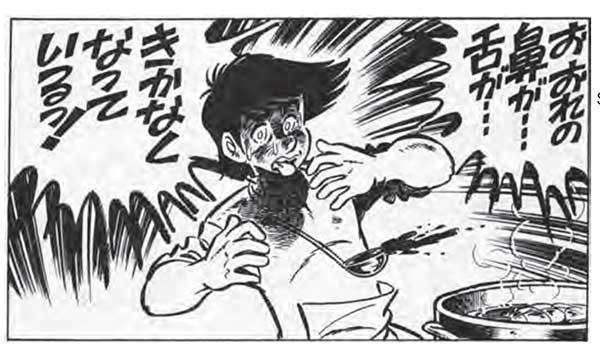 Example of manga via The Wall Street Journal

The article also tackles the origins of that distinctive emoji design. Emojis look the way they do because they are supposed to mirror the expressive animations featured in both Japanese manga and anime. Originally, there were many different interpretations for each emotion. This all changed when the Unicode Consortium, a non-profit group that standardizes different symbols across the Internet, took control of the emoji market, making emojis more uniform and therefore compatible for a variety of devices.

More useful than this history lesson, however, is the article’s “What’s That Emoji?” section. Ever wondered what the flying f*** some of the emojis on your phone are? Well, the WSJ has some answers for you. It turns out that most of our confusion is cultural. Many of the more abstract  emojis are symbols that are easily recognizable in Japan. Take this one for instance, which means “cute” in Japan:

The Wall Street Journal wraps up the article with a fantastic “emojify” feature that we’ve spent an embarrassing amount of time on. In it, you go through a list of WSJ headlines, movies, songs, and books and see if you can translate them into emojis. This may sound difficult at first — I mean, how do you emojify “Muni Bond Costs Hit Investors in Wallet?” — but with some practice, you really start to get the hang of it. You’ll be shocked by how clever and creative you can be. Best of all, if you’re especially proud of one of your emojified titles, you can tweet it and impress your followers. What could be better?

Next post Is Spoken Emoji a Real Thing? Brooklyn Nine-Nine Thinks So 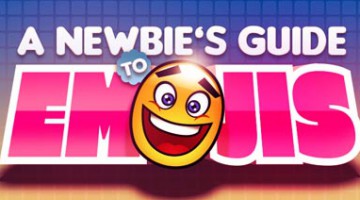